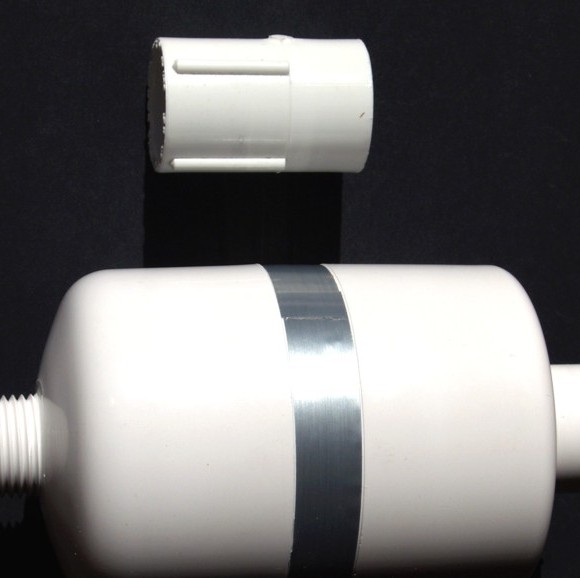 The Berkey shower water filter contains a patented high purity blend of zinc, calcium and copper which are most effective in reducing free chlorine , dirt and odors

KDF process media also kill bacteria and inhibit the growth of bacteria, algae, and fungi. As an added benefit our filter media is completely safe, so the process is not toxic and does not cause any adverse side effects.

Chlorine Vapor in the Shower

In the shower environment, chlorine can either be in liquid or gas state. At higher water temperatures in the enclosed shower stall, free-chlorine moves from the liquid to the gas state, where it vaporizes and subsequently is inhaled. The United States regulates each water filter for shower use, and all shower filters must flow at 2.5 gallons of water per minute. Thus, the science behind shower head water filtering must take into account the unique situation in the shower, including temperature, flow rate and volume. Berkey understands this process and took all of these factors into account while developing our unique shower water filters.

The Berkey Shower Filter works on a similar principle to a catalytic converter in an automobile. Inside the shower filter, free chlorine is converted into a harmless chloride. The scientific name for this chemical reaction taking place inside the Berkey shower filter is known as “Reduction-Oxidation,” commonly referred to as Redox. Redox reactions can be chemically complex. Simply stated, during a Redox reaction electrons are transferred between molecules, creating new elements. For instance, when free chlorine comes in contact with the Berkey filtration media, it is changed into a benign, water-soluble chloride. This reaction changes free-chlorine to a larger chloride element, too large to evaporate or be absorbed by the skin. Hospitals, restaurants, municipal water treatment facilities, and homes rely on this same process media to safely reduce or remove free chlorine, iron, iron oxides, hydrogen sulfide and bacteria from their water.

When pressurized shower water is filtered through the Berkey KDF filter media, soluble lead cations are reduced to insoluble lead atoms, which are electroplated onto the surface of the filter.

All dual media KDF Berkey shower filters purchased typically last 25,000 gallons before needing replacement or one year whichever comes first, in which case you would need to shop for and buy another one online.

There are no reviews yet.

Only logged in customers who have purchased this product may leave a review.